We strive to provide excellent service to our clients, quality jobs to our talent, and amazing experiences to our audiences. 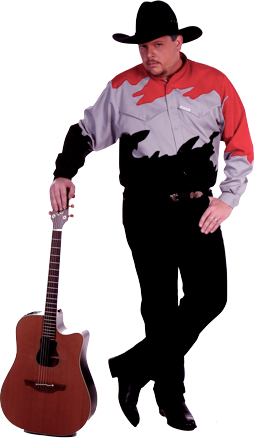 Born and raised in Portland Oregon, Dean followed the footsteps of his father, uncle and grandfather to a life of performing country music.  At seven years old, Dean was strumming his guitar with his father’s band.  In the early ‘90s, Dean performed in nightclubs, fairs and festivals.  Dean also had the honor of performing for our military servicemen and women on several tours on the Far East, the Caribbean, the South Pacific as well as the US.

By 1992 Garth Brooks was dominating the charts, and Dean found himself loving and learning Garth’s music.  After extensive study of Garth’s music, concert footage and music videos, not only could he mimic Garth’s music, but he was also able to emulate his mannerisms; the walk, the talk, the laugh, and the ability to engage and connect with an audience.

Dean began his career as a Garth Brooks tribute artist in Pigeon Forge, TN in 1994.  In ‘96, producer John Stuart discovered and hired him to perform in the world famous "Legends in Concert" in Las Vegas, Myrtle Beach, Atlantic City, and several tours and one-night performances throughout the USA and Canada.  Dean then produced his own 90-minute "The Garth Guy" show based on Garth's live concerts.  Dean saw the need for a different kind of tribute company.  One that curates only the best in the business, and represents not only musical acts, but also tribute bands, comedians, Hollywood Lookalikes and even political figures.  The natural progression was for Dean and Kim to collect the very best talent in the business, produce a variety of projects and launch Top Shelf Tributes to house them all.  The reception has been overwhelming!  Dean has produced these shows for hundreds of very satisfied clients including casinos, fairs, festivals, corporate events, universities, rodeos and private parties from coast to coast, as well as overseas.

As a 20+ year veteran of the tribute business, Dean offers a free expert strategy consultation to help analyze demographics and align the best possible entertainment options for the unique needs of each individual client.  Whether producing or performing, Dean loves and lives the tribute business. 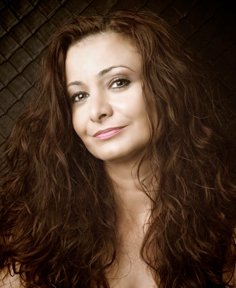 Hailing from the small New England town of Swansea, Massachusetts, Kim was the youngest of 5 siblings, and started singing professionally with her family band at the tender age of 15.  At 20, she moved west to Arizona and began touring nationally.  Later, Kim found Nashville calling her name and joined the band Rose Tattoo.  In the mid-90s, "Kim Diamond and Rose Tattoo" took Las Vegas by storm, opening Boulder Station's Railhead, Texas Station's Armadillo Saloon, as well as being the first artist to perform at the Fremont Street Experience.

Kim performs a variety of styles of music and has performed with such greats as The Beach Boys, Jimmy Buffett's Coral Reefers and even Jerry Springer!  Her experience ranges from writing and performing original scores for motion pictures, television, voice-overs for radio to producing and booking her own shows.  She has also mastered the art of tribute with her Shania Twain show, Shades of Shania.

As Kim continues to rock the stage at night, her natural leadership qualities drive her to spend her days producing and booking talent.  Her passion for the entertainment business is not only apparent in her performance but also in the impeccable service she provides our clients.  Kim’s energy seems limitless and her personality... well, absolutely hilarious.  In short, she’s a hoot! 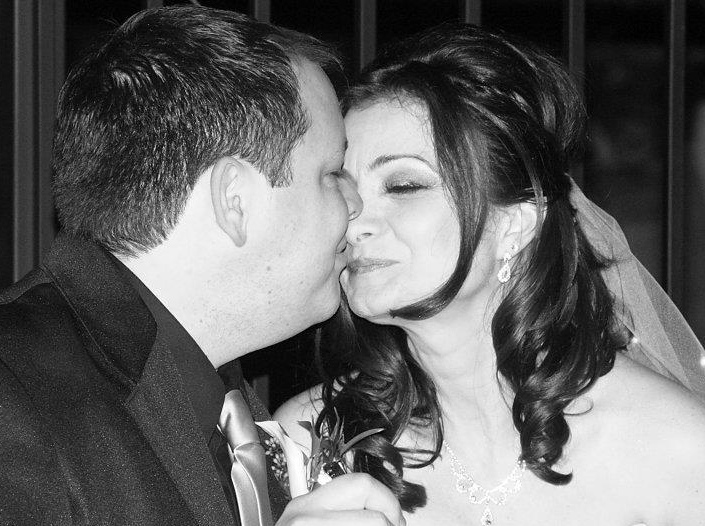 This story begins way back in 1995 when Kim and Dean were introduced by Kim’s keyboard player and Dean’s close friend and roommate, Craig Mattox.  There was an undeniable chemistry and they had a year-long, whirlwind romance.  The road came a’callin’ and they pursued their respective careers and ended up in separate states.

Several years later, while getting ready for a show, Kim heard an all too familiar voice coming from the next room.  “HOLY SH*T!” she exclaimed. “That’s DEAN!”  It was a TV ad promoting one of his shows, IN HER TOWN!  As it goes with soul mates, the chemistry was still there. And alas, ROUND TWO.  As geography and the alignment of the stars would dictate, round two would have to come to an end... for now.  Dean was constantly performing on the road and Kim was busy juggling her career and raising her son, Joshua.

As several turns and twists of fate would have it, they remarkably ended up not only living in the same town but discovered that they were just four streets from each other!  And finally, ROUND THREE!  The third time was a charm and they decided to officially become a family.  Their chemistry remained strong and there was an immediate bond between Joshua and Dean.  Friends and family rejoiced as they witnessed Kim and Dean join in marriage on 11/11/11.  Dean even surprised Kim by writing and recording a custom country wedding song for her to walk to.  It was the best day of their lives.

Obvious soul mates, Kim and Dean make perfect partners not only in marriage and parenthood, but also in business and as performers.  Kim and Dean want to share their love with the world through great music, joy and laughter.  And so, Top Shelf Tributes was born. 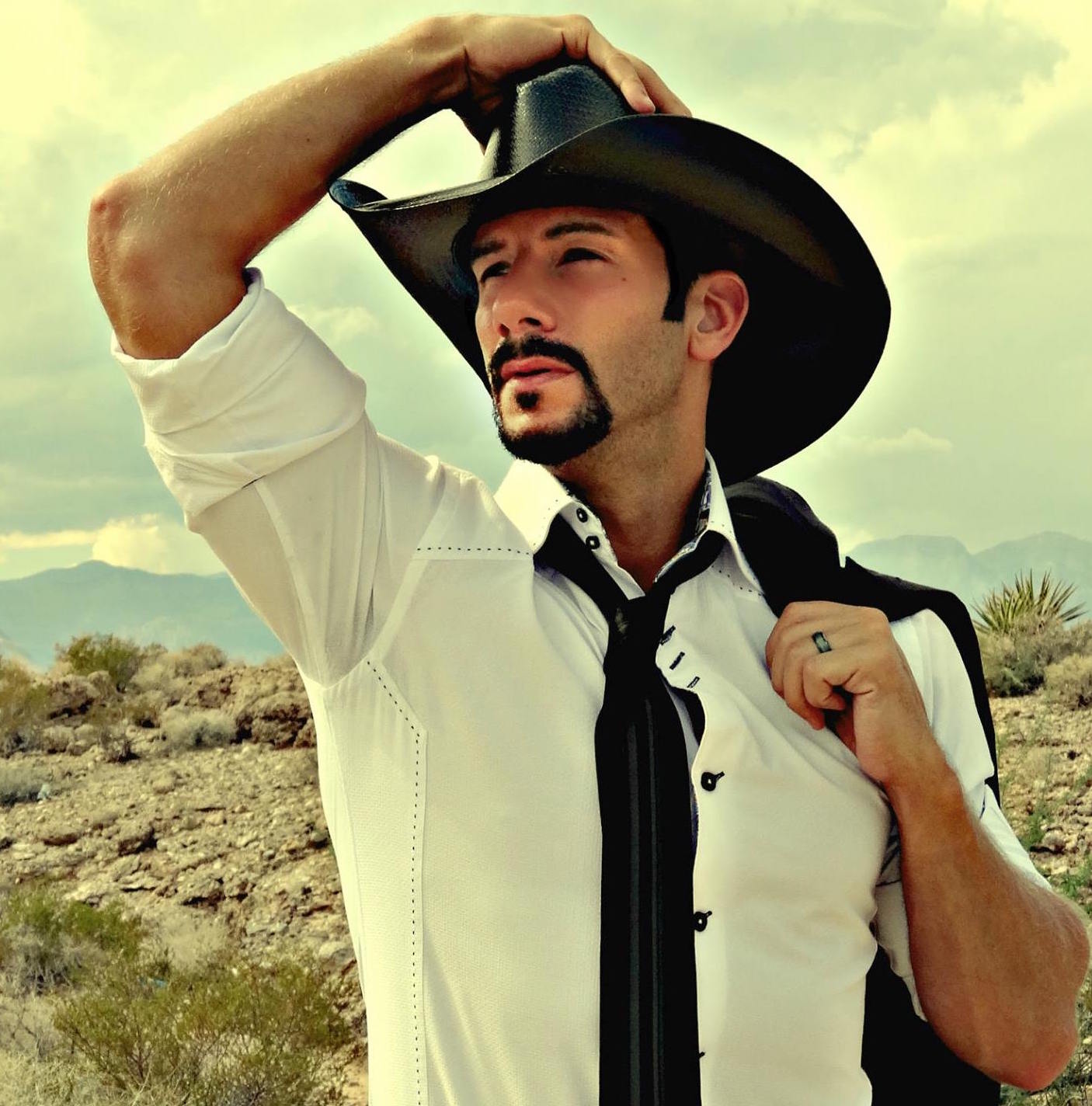 Adam is not only one of our top performers paying tributes to Tim McGraw and Johnny Cash, he is a valuable asset to our company as an agent and account executive.

NOT ONLY DOES ADAM WEAR THESE HATS AT TOP SHELF TRIBUTES, BUT HE HAS MADE A NAME FOR HIMSELF AS A NASHVILLE RECORDING ARTIST HIMSELF: 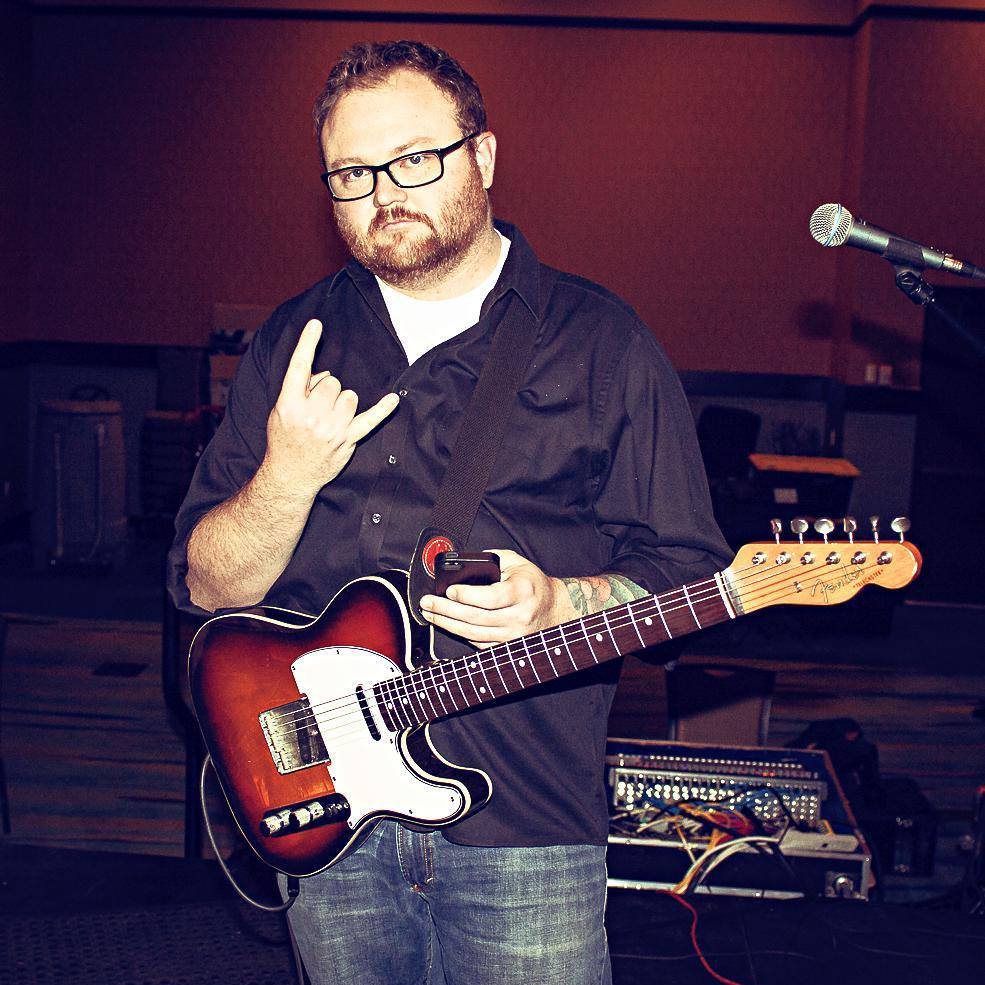 Denny Mishler is a Country/Rock guitarist and songwriter as well as one of our Top Shelf musical directors.

Mishler grew up in the small town of McGill, NV. He recorded his first solo album, 2000’s Last Rain, while barely out of high school. His music received airplay worldwide, and the title track reached #3 on the Instrumental Rock charts.

Mishler played with various bands all over Northern Nevada, winning awards and accolades for his guitar playing from the age of 15 until he was 19 when he relocated to the East coast and then settled in Las Vegas, Nevada to further pursue his career in music.

Mishler has been featured in several publications including Guitar Player Magazine. The guitar work of and songwriting talents of Mishler have been heard world wide on radio. His original songs and music have been featured on Television channels such as ABC Family, the CW, and on movies such as “The Circuit (2008).” In February of 2014, Mishler performed with The Garth Guy on National TV on the AXStv show “The World’s Greatest Tribute Bands.”

Mishler currently has a full schedule of session work and live performances, both in Las Vegas and touring the world with groups like Tyler James and the Memphis Experience's Tribute to Elvis Presley, The Garth Guy, Route 66, Wolf Creek, Southern Cross, Fairchild, Sam Riddle, the Country Superstars tribute show at Bally's on the Las Vegas Strip, and a host of other local and touring shows. 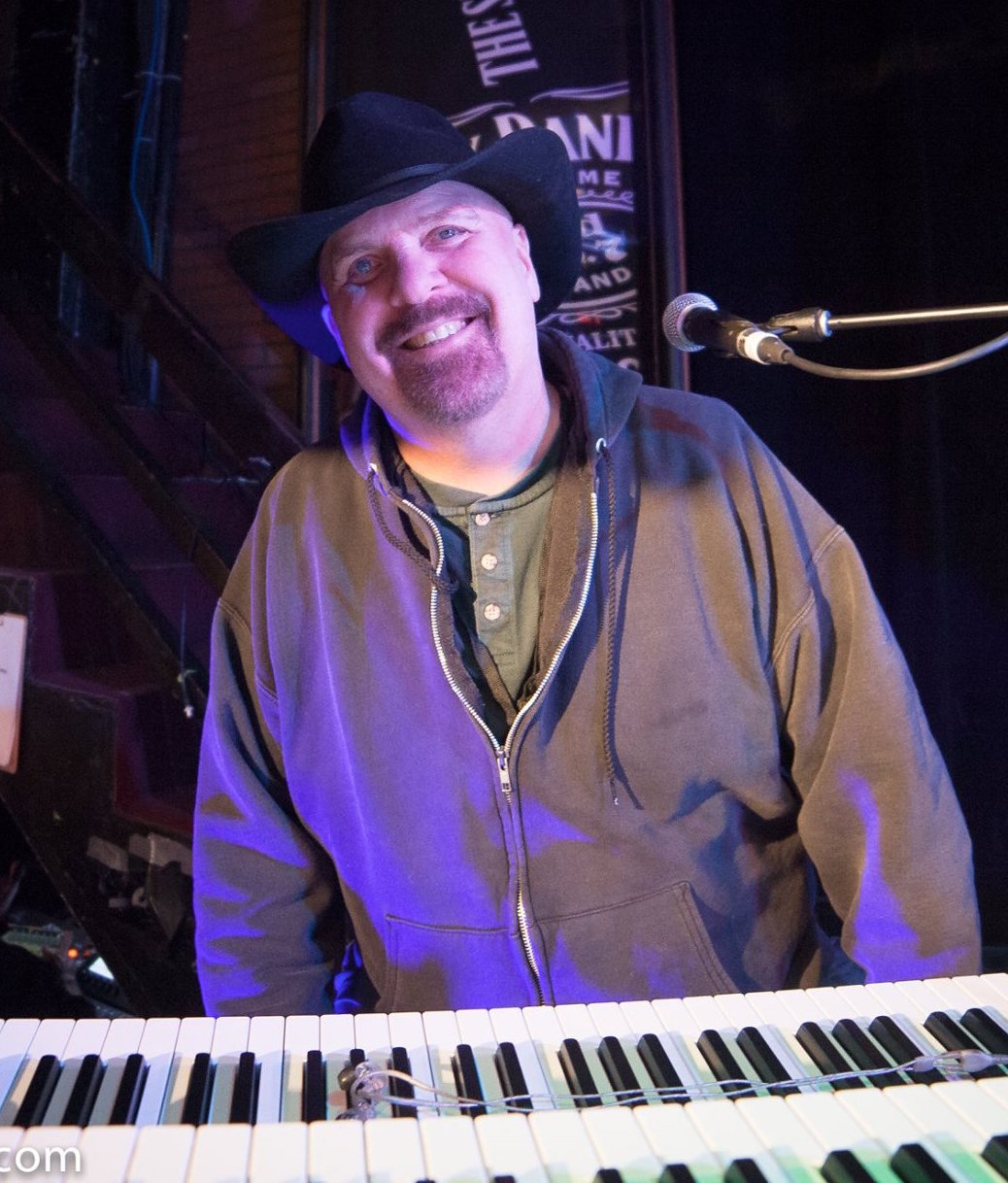 Stephen West is a professional keyboardist and singer living in Las Vegas, NV.   He has lived in Las Vegas since 1979.   Steve has performed in the lounges and showrooms of most of the major hotel/casinos in Las Vegas.

Among other positions, Steve has held the following:

Assistant Music Director/Pianist for “The Country Tonite Show” at the Aladdin Hotel.

Musician for “The Coasters, Drifters & Platters Show” at the Sahara Hotel .

Music Director/Keyboardist  for “The American Superstars Show” at the Stratosphere.

Music Director/Keyboardist for “The Stars In Concert Show” at the Boulevard Theater  on the Las Vegas Strip.

Steve currently works for several traveling shows based out of Las Vegas.  Among them;

“The Man In Black Show”, “Adventures In Parrotdise”, “The Garth Guy”, “Travis Allen As Elvis” and “Country Superstars Tribute” at Bally’s, and several other shows and TST productions. 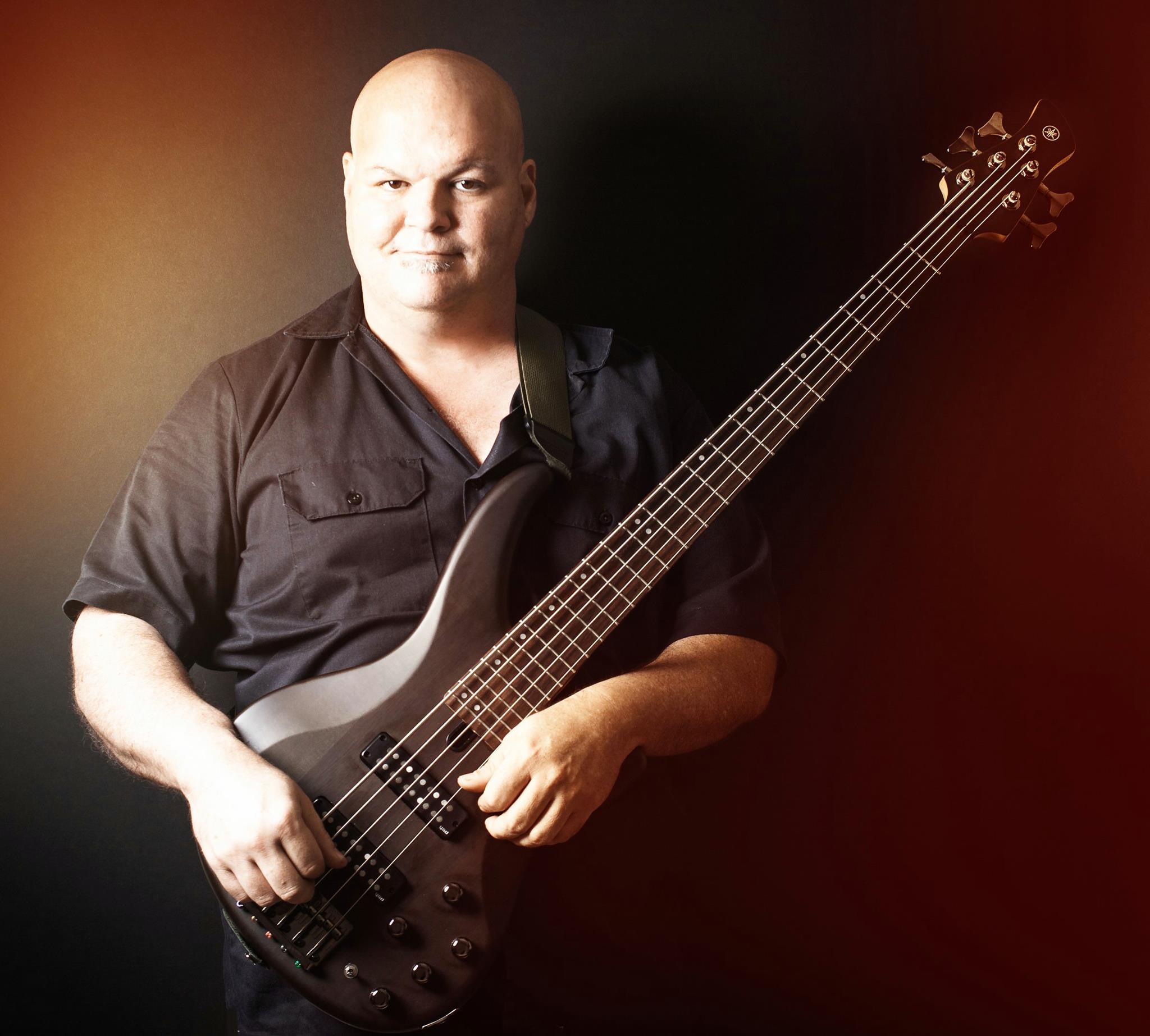 Darrell Craig Harris has been a valuable asset to TST since 2013, but we actually worked together over 20 years ago as bandmates.

"DCH" has played bass for Cirque du soleil,  Frankie Avalon, Gary Pucket and bobby rydell just to name a few.  He has also worked as a sound/stage technician for jennifer lopez and miley cyrus, among many others.

Craig Not only handles many of our technical needs bet is also a killer bass player, and our lead photographer.  His photography is published all over the world and he is currently represented by  Getty Images. 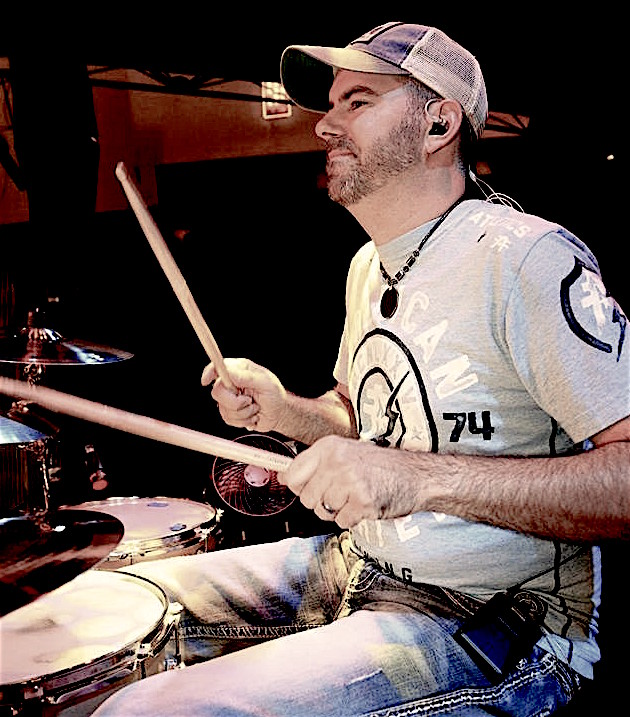 Michael Angelo is our first chair Top Shelf Drummer.  Born & raised a stone’s throw from Philadelphia, in South jersey.  Michael Angelo was born to play drums.  He picked up his first pair of sticks at age 3, and never let them go.  With an area rich in Music from Soul, to Rock, R&B, and More.  Michael soaked it all in.  Pulling from all influences of early bands like Rush, genesis, Yes, and Motown, and later from all styles of Rock, Indie Rock, Latin, Fusion,  & More.  Michael Continues to grow as a musician.   Known throughout the industry as a “Pocket”drummer Michael has worked with some amazing Bands & Musicians covering all musical Genre’s.

Currently residing in Las Vegas.  Michael Angelo continues to Play live as well as work out of his Studio recording for many Bands of all Musical Genre’s, applying what he has learned as a drummer, father, studio musician, and most importantly one of the hardest working musicians around. 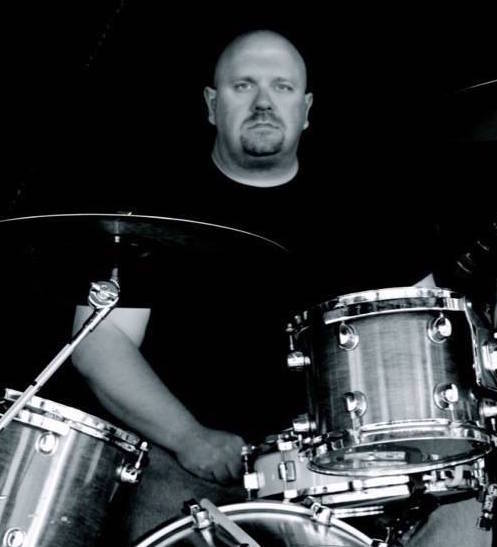 Mat Chambers  is our top shelf  drummer as well as one of our musical directors and production experts.

Chambers grew up in Richlands, Virginia and lived in Nashville before moving to las Vegas in 1994.

Mat is an experienced audio technician and works at the Las Vegas and Nashville locations of VER (Video Equipment Rentals).

Between playing drums and working at VER, Mat keeps busy spending time with his wife and young son, Sean.